Born – Tartous, Syria and now lives and works in Paris
1995 – Graduated from the Faculty of Fine Arts, University of Damascus, Syria
2003 – Graduated with honor from Versailles School of Art
2008 – Master degree in Arts and New Media from Paris VIII University 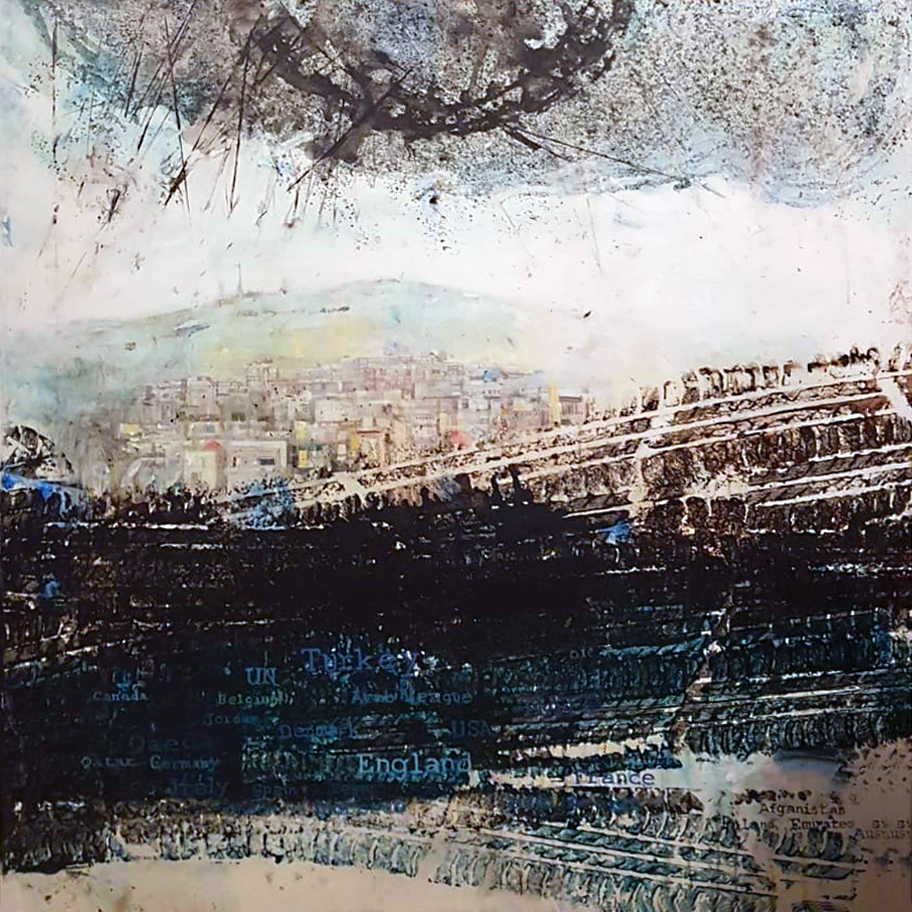 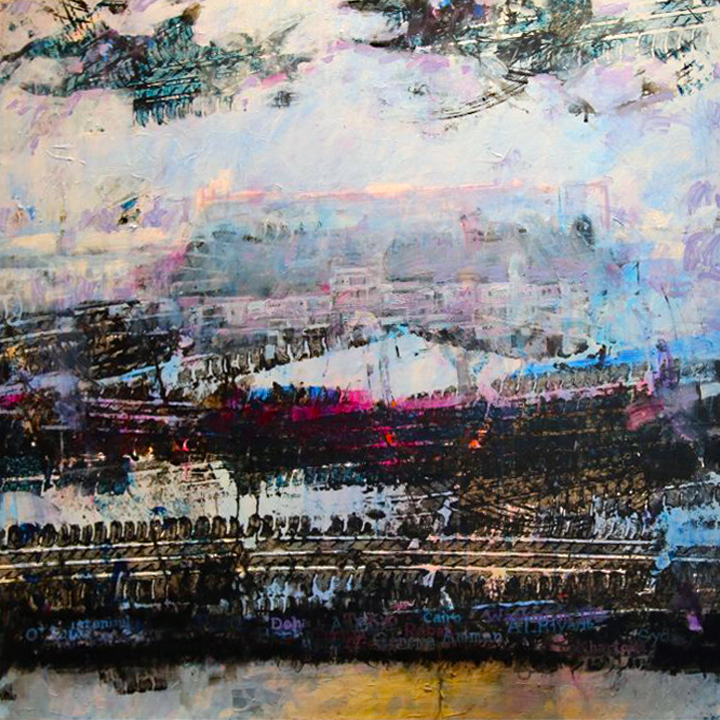 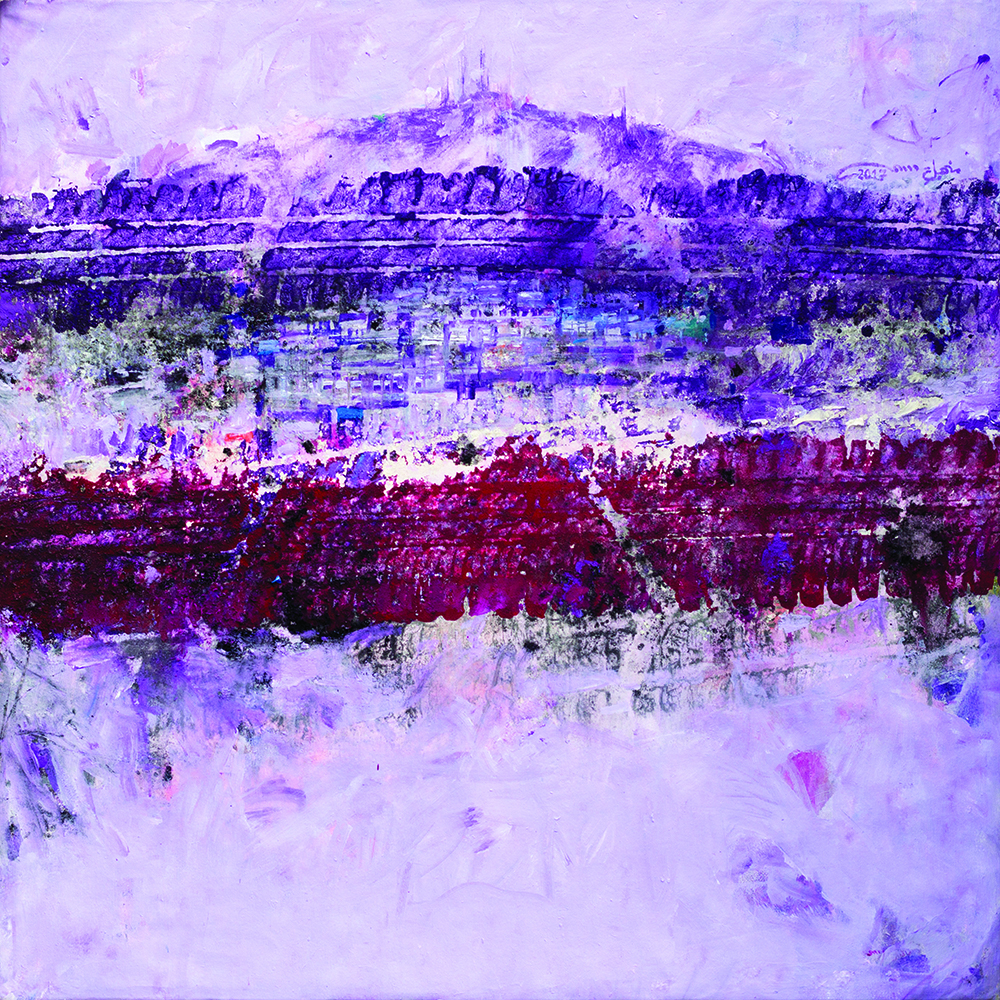 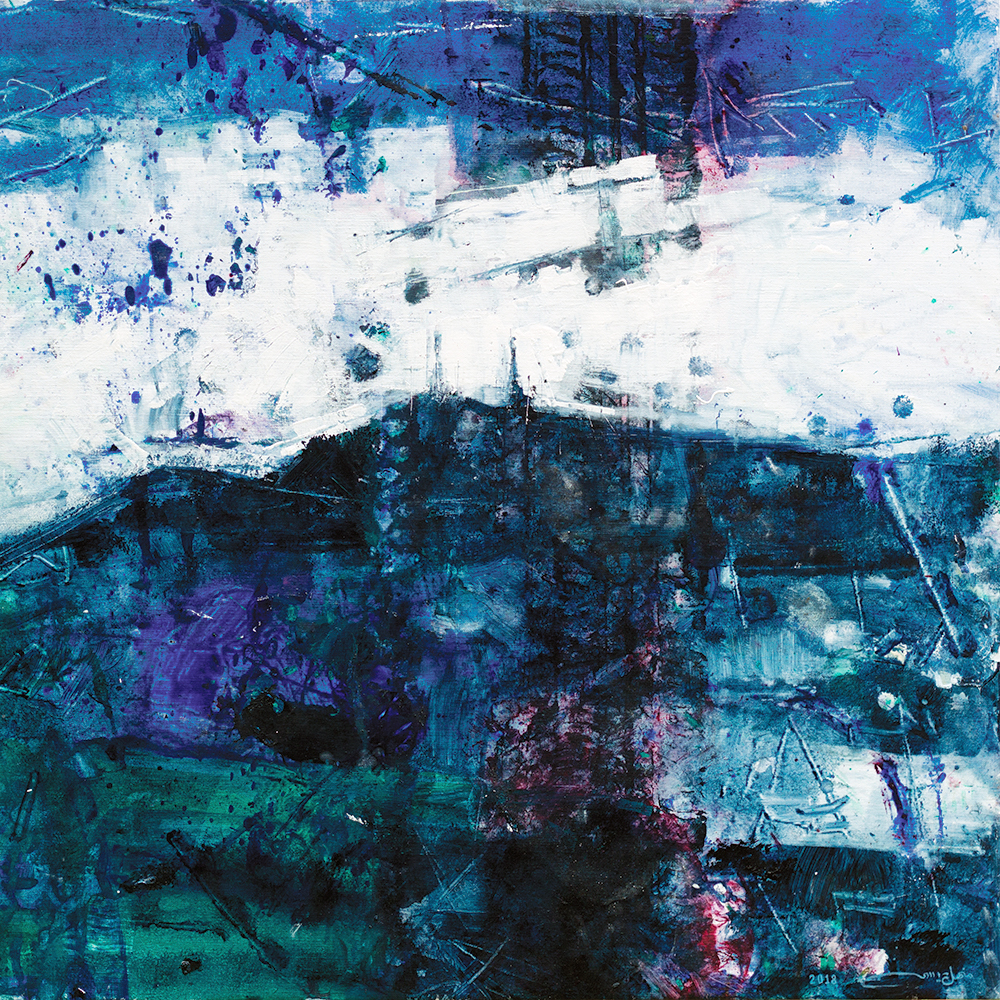 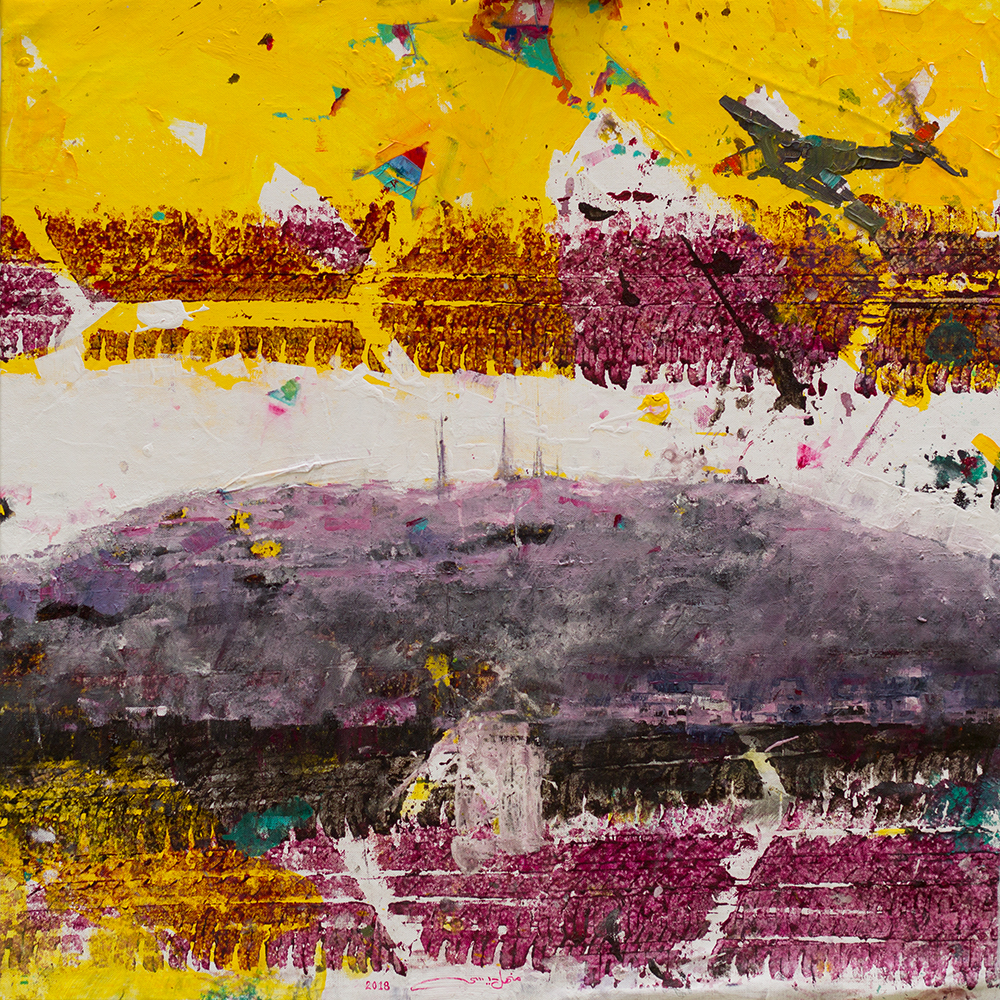 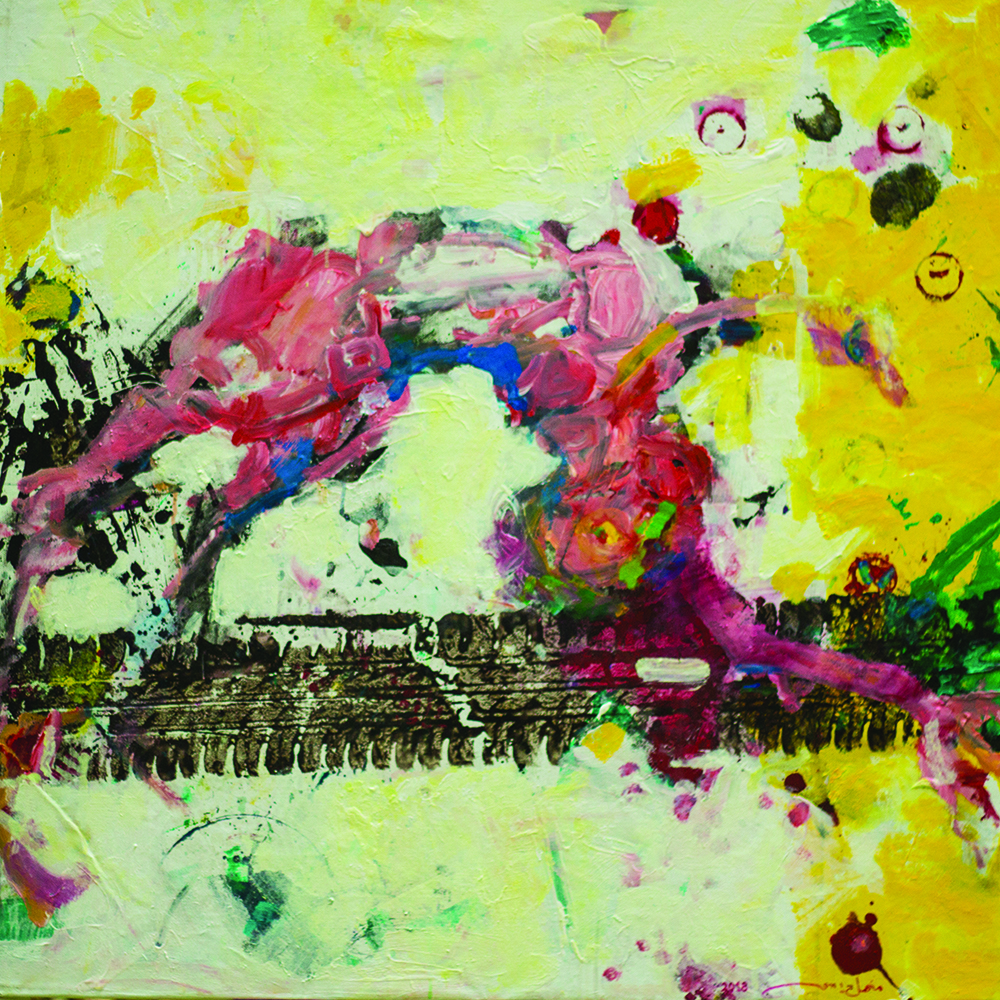 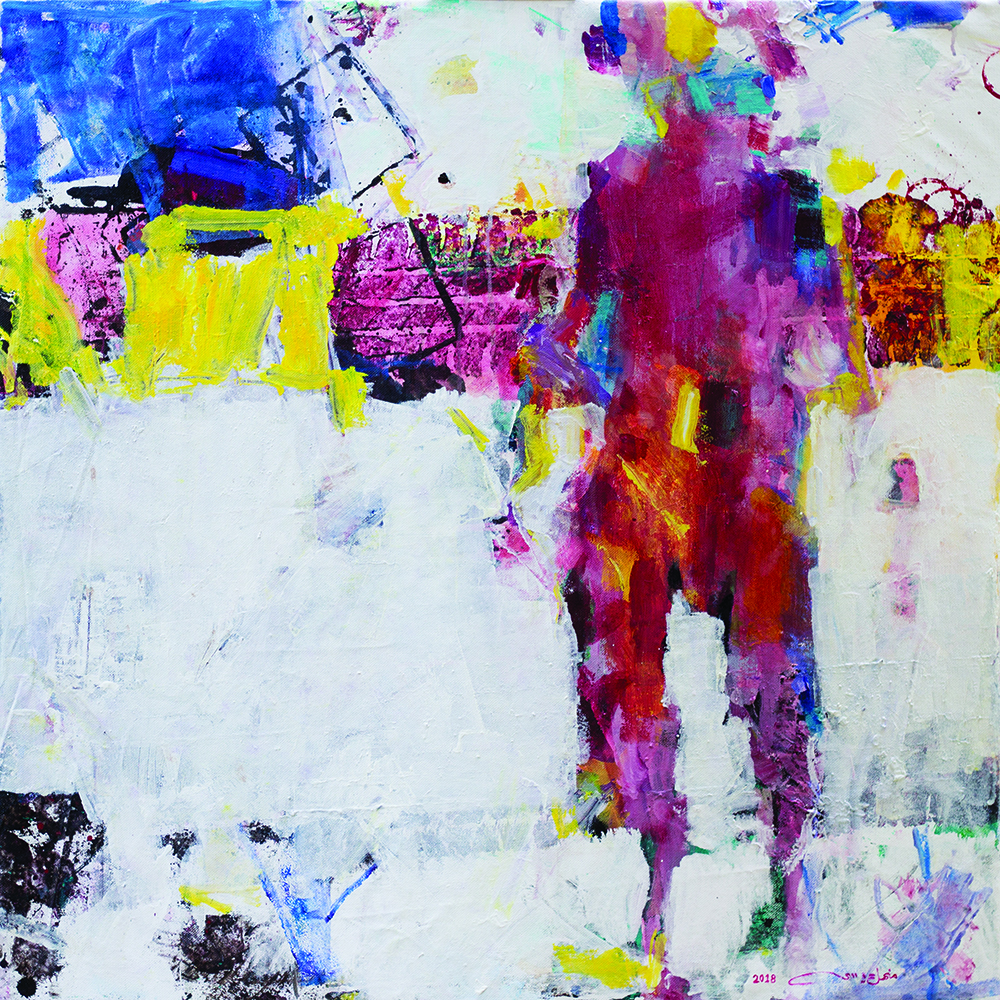 Manhal Issa was born in Tartous, Syria and now lives and works in Paris. He’s a painter, sculptor and digital video artist who arrived in France in 2000 and became a naturalized French citizen in 2008. His work is influenced by the abstract expressionism by revisiting the myths and mysteries of his Syrian culture and adopted French lifestyle. His style became more gestural representation after the start of the Syrian war which influenced his recent work by using mixed media and runs with a car tire over his painting to emphasize on aggressive gestural human behavior that ran over his mother country.

“Perhaps my work is about the invisible; maybe about elusive things such as light, seduction, freedom, anger and joy” Mr. Issa said. The most recent work is about the savagery of humans that left a deep scar and influenced the way he portrays the horror that fell on his city and people in the urban areas particularly in the coastal area of North West of Syria where he’s from. His medium became more aggressive to express his anger about the invasion of the innocence of a child and the political hypocrisy.

The influence of the war is evident in his paintings which swings between demolition and construction, between the beauty and the act of smearing the surface of his canvases. Mr. Issa recalls his impression of how he can conduct during the process of creating a painting, either as a criminal or as a victim; it swings between the possible and the impossible. He acknowledges the new change that swept his mother land, the swing between the nostalgia of his native country and the lifestyle and culture of the country where he is currently residing are constantly on his mind and reflected in his work.

Education
1995 – Graduated from the Faculty of Fine Arts, University of Damascus, Syria
2003 – Graduated with honor from Versailles School of Art
2008 – Master degree in Arts and New Media from Paris VIII University

Awards
2011 – Won the 1st prize in paintings at the Lion’s Club spring fair in Angers, France
2000-2007 – Several awards from the Ministry of Culture in Syria and other French prizes.

Collections
Manhal Issa’s work are in museums and private collections around the Middle East, Russia, Europe and U.S.A.