The artist from her studio in Massachusetts talks about her artwork and the process. 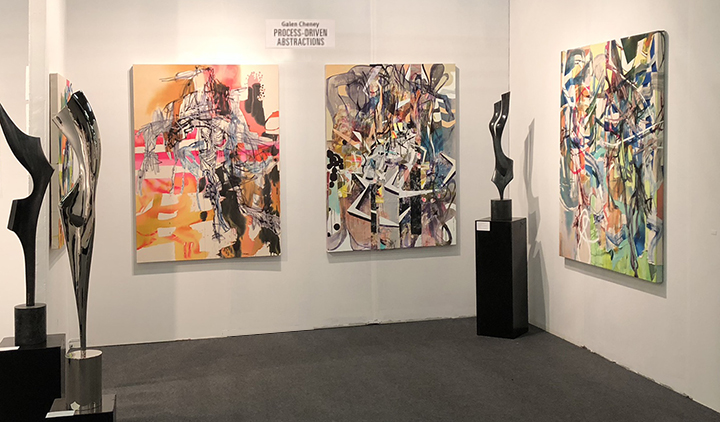 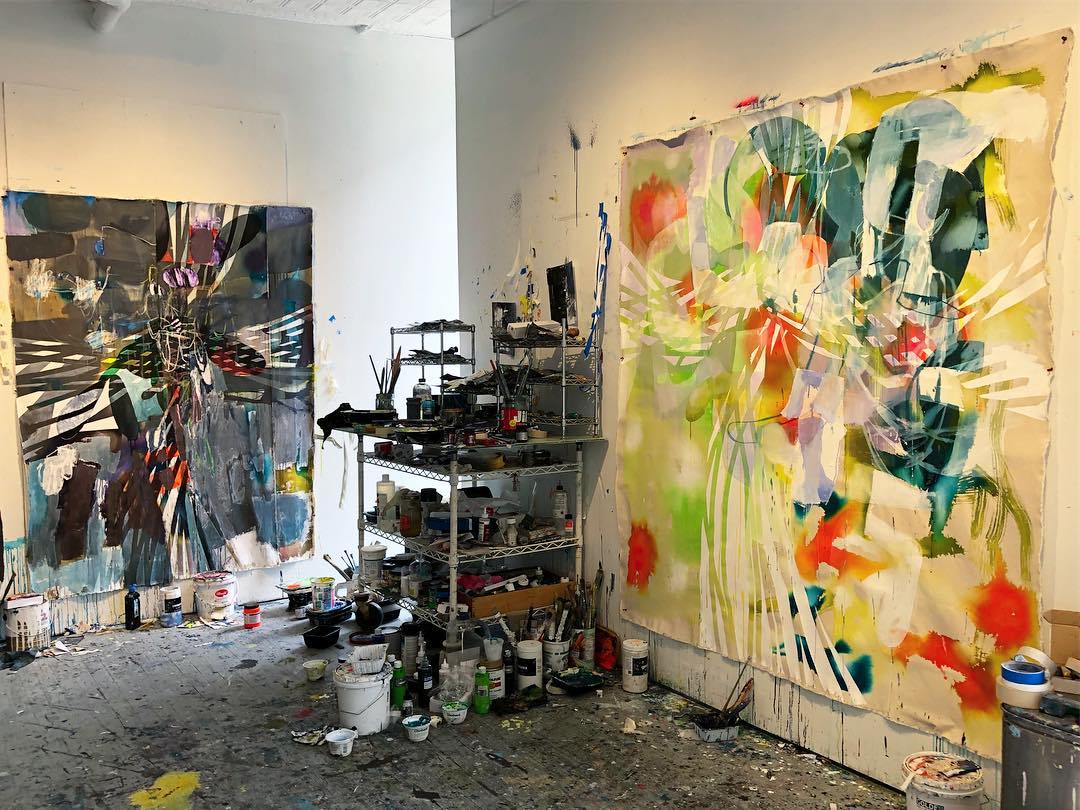 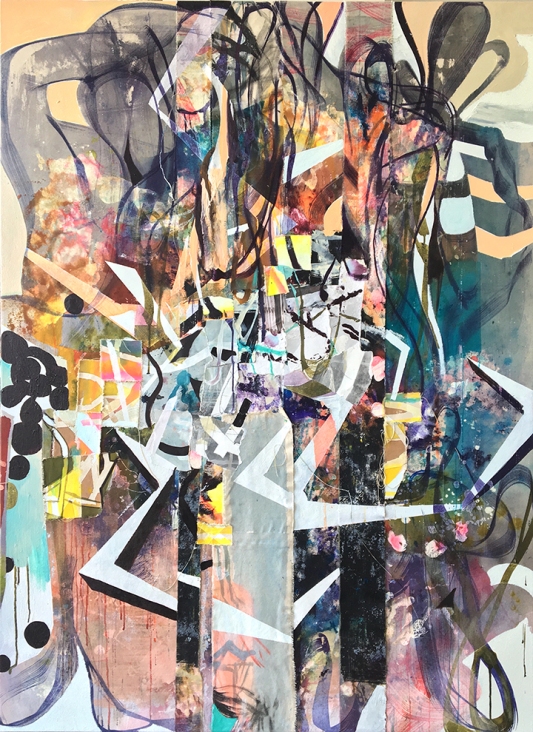 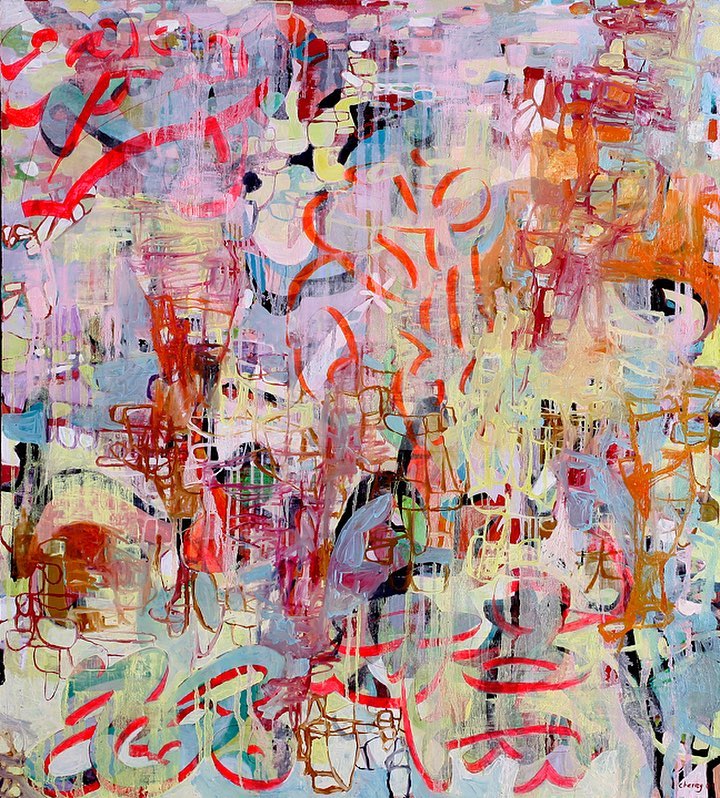 ARTIST STATEMENT
I don’t seek to make work that is “about” something in particular.  If I had to put a name to it I would call it process-driven abstraction.  The creative process and the exploration and manipulation of materials are what drive the work.  They are the engine and the fuel.  Experimentation and pushing boundaries are ongoing concerns.

The work I am currently making is a furthering, a deepening of work that I started during a residency in China in 2015.  There I was working with accumulated papers, building them up into multi-layered constructions.  While I continue to work with paper, I have also shifted that approach to using canvas and more durable materials.  The process is additive and reductive.  I use fragments of past paintings, old receipts, used airline tickets, remnants of past experiences and work them into the surface of the new painting. They become one with the new surface, imbuing the painting with memory, history, a sense of time, and an accidental quality, which I find beautiful and compelling.  Paintings made this way, constructed really, have a distinct object-like quality, which is satisfying.

Working in this physical way allows my mind to stay open and present in the process.  It keeps me from becoming too tight and closing down the creative possibilities of a painting before it is finished.  I strive to keep the painting as open as I can for as long as I can before finishing it.  It is the opposite of planning a painting and then executing the plan.  I can only enter the zone if I don’t try to overthink or control the process.

More recently I have introduced liquid textile color into my work, which I pour and brush onto raw canvas.  This watery paint soaks into the canvas and does not add any texture to the painting whatsoever.  What it does is add deep color and often a sense of illusionistic space.  I am now working on combining these two methods of working: collaging and pouring color.

That said, the paintings are cohesive and all share a kind of sensibility.  They are very much of this world in that they pulse with a contemporary frequency, swirling with energy, sometimes recalling natural forces and processes, other times a more urban tone.

Collections:
Galen’s work exhibited and collected in the US, Canada, Europe and China